It was a year ago today – 28 September 2016 – that a musical dream came through for me. To be honest, it was one that I thought was never going to happen for me.

That dream was seeing David Gilmour live and in the flesh (sorry Pink Floyd fans for the pun!)

Against all odds we managed to secure tickets. I had tried a few times before on previous Gilmour tours but never got anywhere near getting a ticket.

But this time, I hit the golden ticket – it meant a trip to London, a show at the Royal Albert Hall and to top it all – it was a wonderful addition to our planned honeymoon trip to London (we got married on 23 September 2016)

Simply perfection for me!!!

On the day of the show, we got a bus out to the Royal Albert Hall early and I mean early!!!

I did not want to leave anything to chance! There was time for a meal and few drinks at a restaurant called Verdi in the Royal Albert Hall which was very pleasant indeed.

Fed and watered it was now time for the highlight of the evening (my life lol!)

Usually when I enter the concert arena, I am impatient for the show to begin but this time it was very different. The Royal Albert Hall is a stunning room. You just can’t help but look around you! The stalls rising up to the high ceiling.

You can feel and smell the musical history and heritage of that room and it is enthralling. It has to be on the bucket list of all music fans to catch a show at this beautiful venue.

The joy that the music performed in this room has given over the years just hangs in the air! 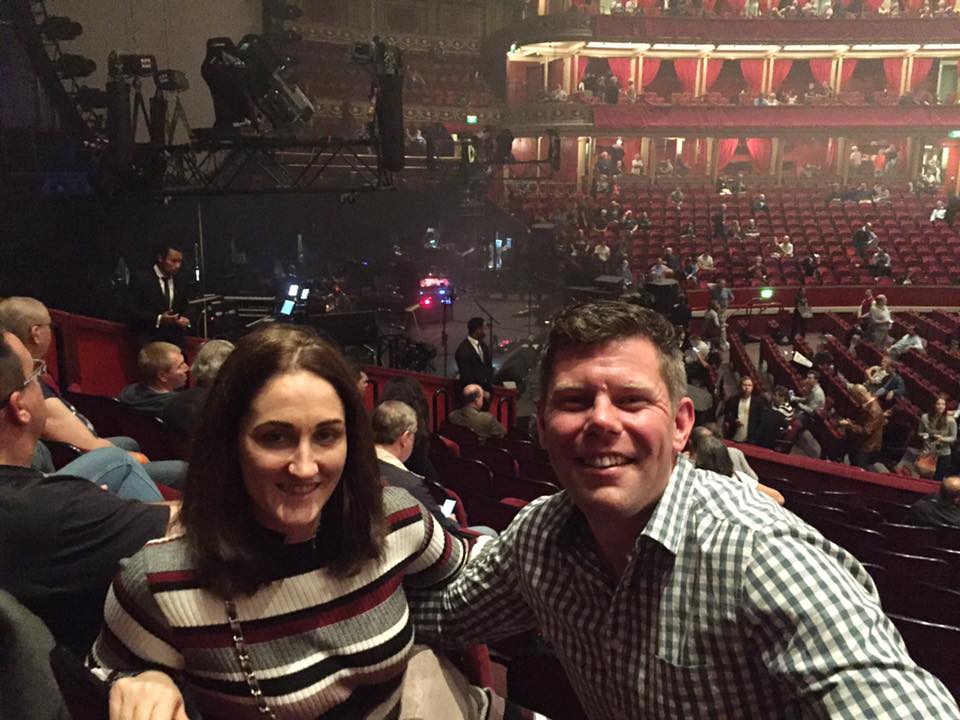 The show started and I was just amazed to see the man I had watched on DVD and You Tube and listened to on CD and Ipod for countless hours standing in front of me.

His guitar playing was superb and his vocals were great. With a great mix of Pink Floyd and his solo work. There were many musical and guitar highlights for me, too many to list – the whole lot was simply amazing.

I do think all Pink Floyd and guitar fans have a particular soft spot for Comfortably Numb. Check out my video snippet from my seat – I wanted to capture a short clip for posterity but not waste the show looking through a video screen and holding a smartphone aloft! (Copyright Notice from You Tube)

David had a done a run of shows in the Royal Albert Hall but at our show he was joined on stage by Benedict Cumberbatch for Comfortably Numb.

We even had the pleasure of meeting Guy Pratt – David’s bass player – before the show which was brilliant. 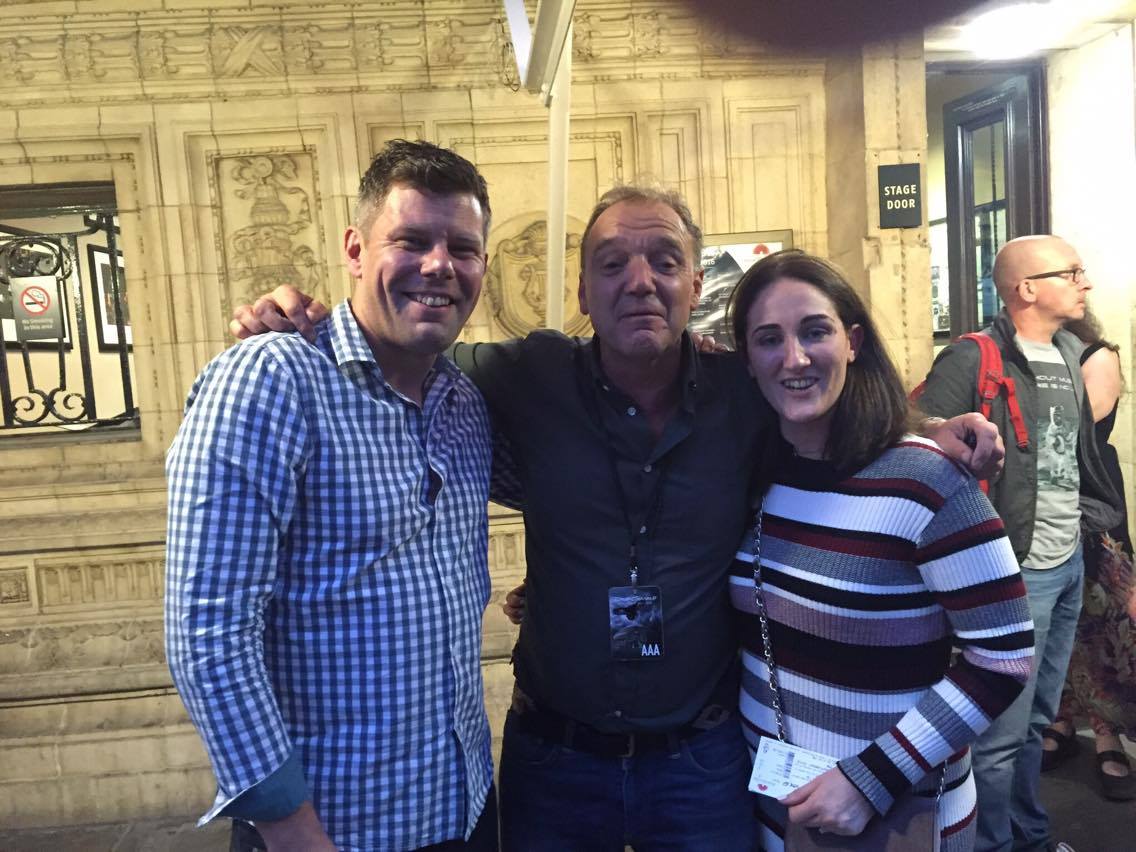 Almost to the the day of our David Gilmour experience, it is with eager anticipation that I am looking forward to getting my hands on the David Gilmour: Live at Pompeii DVD

The show was filmed at the ancient historical site of Pompeii. It is at this site that the remains of a vibrant ancient Roman town have been preserved for eternity due to its destruction as a result of a volcanic eruption of Mount Vesuvius in AD79.

As well as it’s important historical significance, it plays a role in Pink Floyd folklore when the band performed at the ancient amphitheatre which was the subject of a 1972 documentary Pink Floyd: Live at Pompeii.

David returns to the amphitheatre for a performance on his Rattle that Lock Tour.

As a David Gilmour fan I would be getting this DVD with out a doubt anyway but it has been made ever so more special because this show is the tour and set that I got to see him play at the Royal Albert Hall – so it is a bit special for me.

You can get it on Amazon here David Gilmour: Live at Pompeii 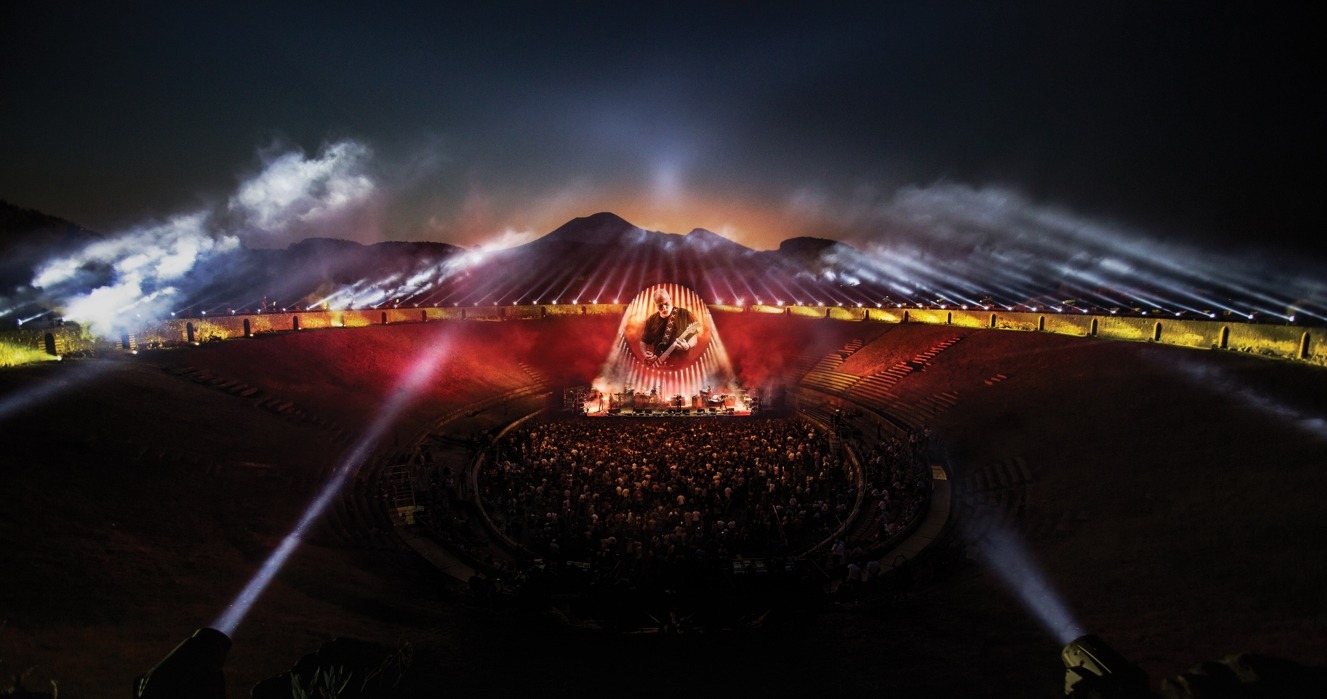 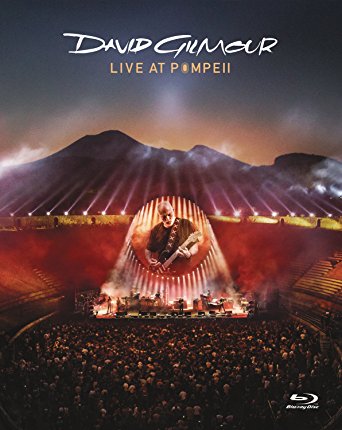